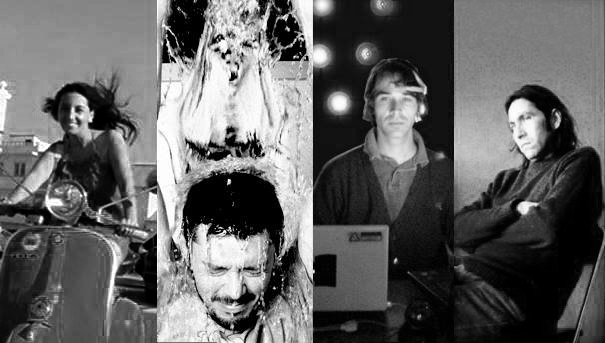 I + C is a project that brings together two cross-cutting areas of human activity that are at the base of social progress: Science and Art, Research and Creativity.

Jaime de los Rios is born in San Sebastian (1982). Founder of the open laboratory of Art and Science ARTEK [Lab]; (2007) located in the center of creation Arteleku and currently an independent space, his career focuses on the intersection of these disciplines and systemics science, especially regarding the mechanisms, rhythms and natural patterns and collective intelligence. Expert in Free Software and Hardware, we find in his work, much of which is collaborative, immersive environments and dynamic works that relate to the computational natural behavior.

In 2014 he exhibited at various art centers and festivals such as Bilbao Art District, Casablanca Slaughterhouse, Medialab Prado or Lieu Multiple Espace Mendes Francaise (Poitiers). In the space of Poitiers he participated as a resident boosting the Intact Telepresence (http://www.intact01.net/) platform, constructing teleshared actions between different groups in Ecuador, Portugal, Canada, Spain and France. Also during this period we could see a big installation at MUSAC, in the Showcase Project, as part of the job “The map to the Territory” . This 2015 his career has been more international participating in several residences and exhibitions in places like Poland (WRO program) or New York (CultureHub), his collaborative work also led him to create “Rachael Runner” The first BotArtist (virtual user Twitter) who has exhibited in a gallery in Paris. He combines his work as an artist with teaching and numerous workshops as master teacher of ephemeral Architecture at Madrid ETSAM and his own Laboratory, with which it has developed innovative projects like Openarch.cc or Process Innovation for Ferran Adria. In 2010 he received the New Artists Award and in 2012 the scholarship of the Provincial Council of Gipuzkoa for its installations developed with new technologies. In recent years, Jaime has also been technical coordinator of ArtFutura, which also outlined, has supported international artists. Since 2009 collaborates with LaAgencia (Arts and Science) pioneer platform in Europe in Scientific and Digital Art, which has participated in the assembly and engineering design of such major exhibitions as “Silicon dreams” and “ARTFuturaXXI”.l.html